Google has recently announced Title tag criteria in which earlier, your Title tag was the only text considered as a title in Google Search Engine Result Page(SERP).  Now, after this update, Google will make or pick up the text to be displayed as a Title on SERP.  Google will do this if it thinks your existing title is not the best fit. Google will make or pick up the title text from another headline (inside the page), from the subheading, from the bold letter, from the anchor text etc. present inside the page.

Let us see why this Title tag update by Google would have been made?, What is this new policy? what will be its ramifications? and how will this affect your existing SEO? By the way, the change has been made live by Google. They say, to date, this new update has been rolled out to nearly 20% of the websites and 80% of them are still unaffected.

Google is controlling every factor which can be manipulated by Webmasters or SEO for receiving an unfair advantage in increasing CTR and Ranking. For example, Google killed keyword stuffing(in the content), it is reducing the impact of manually or non-organically created backlinks by asking the users to tag them as a sponsored links. Also, it nullified the impact of backlinks from the comment section, etc.

So Google is trying to control Title tags as they think can be used to deceive readers or users. Google thinks titles are not the ranking tools of any keywords. The purpose of the title should be to give the gist of the content while maintaining its relevancy.

To disqualify the Exaggerated title

Clickbait headlines, Headlines with Exaggerated content, Manipulative headlines are some of the means to grab audience attention when in reality the content gives a different aspect.

To give a relevant name to the title

Also, at times the topics on the content page can be too off from the title given by the author. Google has this huge data and so they know well the qualifying topics or titles for that particular content.

To select the correct title name of the topic

In many cases, the content is given wrongly. This may not be done on purpose  and so for better user experience Google might have decided to chose and show appropriate topics

What Google will do to automatically apply this Title tag change on its SERP?

Google from henceforth, will not rely on the title tag to publish titles on its search engine result page (SERP). It will pull the text from the following sources to display as Title in its SERP.

Does that mean, in a blog, the Title Tag has become completely useless?

No, Google has clarified that right now these changes have been updated to almost 20% of the website, so the majority of the website (nearly 80%) has remained unaffected.

Will my CTR be affected by Google updating my Titles on its SERP?

No, CTR won’t be affected, rather it will only improve. If you are using clickbait or deceiving or wrong Title tags then, regardless of the quality of the rest of the content, your website would not have been liable for a higher ranking after being caught.

Also, in many cases, it has been observed that SEOs and Webmasters not only stuff keywords in the Title but also write clickbait, incorrect or irrelevant titles which may affect the user experience. Google will not only add or improve or correct your title tags (on SERP) but will also match them to increase their relevancy & effectiveness(to the content) and eventually increase its CTR. This will also improve the average time spent on the page.

On what type of websites or pages, Google might change the Page title?

Google might rewrite the title tags on the following pages

Title tag update is not a new phenomenon. Google in past used to tweak or change title tags or content based on the input search queries. But now it has officially announced this as an update.

This code has been generated by Fede Gomez and he had tweeted this on his tweeter account.

Step 1: Visit this Github page and copy this entire code by scrolling horizontally

Step 3: Following window will appear after clicking the Add page option. Give the desired name and paste the copied code in the URL bar then select the bookmark bar (so that the bookmark tab would appear on the bookmark bar) and click save as shown below.

As you can see in the last screenshot following SERP is being observed.

What is the Best Practice of Writing the Header after Google’s Title Update?

As instructed by Google, you don’t need to make more changes to the title.

It is still the beginning and we are yet to observe the full effect of the title update made by Google. We will keep you posted on the same. Follow us on Facebook, Instagram, and Twitter for the latest updates on the same as well as other new updates in the SEO world. 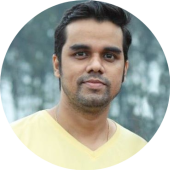 A Digital Marketing Professional with experience of over 10 years, with a passion for exploring ideas in Marketing. Provider of Digital Marketing Solutions to achieve goals. Expert in Lead generation campaign (Business) and Brand Management.

All update in SEO World during Last Month – August 2021

Future of Google Searches and SEO areas [2021 & ahead]

Gaurav Todankar
A Digital Marketing Professional with experience of over 10 years, with a passion for exploring ideas in Marketing. Provider of Digital Marketing Solutions to achieve goals. Expert in Lead generation campaign (Business) and Brand Management.